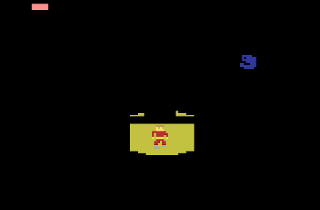 Now the problem that I'm having is that I'm running drastically low on ROM space. I've got about 1K left of my 16K. In that space, I need to add a bunch of room layouts and color schemes, code for the dynamite, a bunch more enemies, and a sequence for winning the game. I also wanted to add support for the SaveKey, a cool doodad that someone made that plugs into the 2nd player controller port, and allows persistent storage for game saves. Adding the code for that takes about 100 bytes, which is about a tenth of what I have left. Ugh.
By Nathan at March 06, 2016