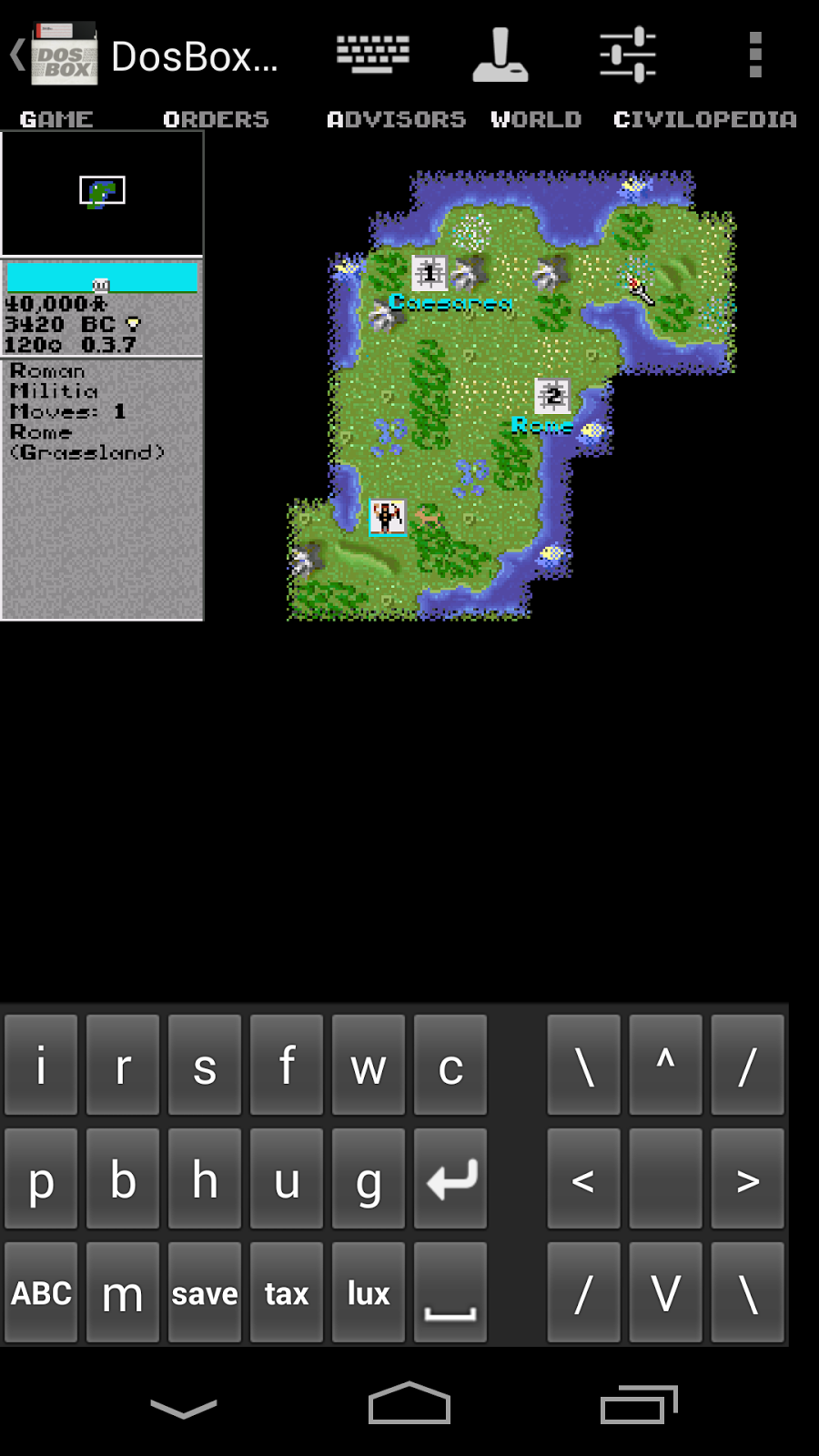 Are you still playing civ 1 on your android?

I use Magic dosbox. It allow you to make a layout. It feels as if you were playing a port. Is great

That looks so cool, and actually usable.